Lepidoptera is the order of butterflies and moths. There are currently 180,000 species of Lepidopterans, These insects follow a complete metamorphosis. Although in their larval stage a few species may be considered as an agricultural pest to several crops as in their larval stage they primarily depend upon autotrophs (green plants) for their survival. however upon emerging their chrysalis they are considered to help in plant reproduction by pollinating a numerous variety of flowering plants. Their caterpillars have several legs, they have a pair of three sharp appendages in the front that helps them hold onto their food and several pro-legs at the back which helps the caterpillar grip onto surfaces.

Lepidopterans are considerably the insects with the largest insects as per their wingspan (as per their body lengths) their wings are covered with pigmented scales that either serve as a warning to predators about their nasty taste or as a natural mimicry to their surrounding areas and habitats, This Genus consists of butterflies and moths. They are often remarkably known for their habitual actions namely moths are nocturnal and active during nightfall on the other hand butterflies are considered as diurnal creatures active from the sunrise to the late afternoon sunset. They both have similarities as well namely their highly adapted mouthparts used for sucking nectar out of flowers, some species have extra long proboscis that help them feed on the nectar of flowers that are well too deep for other species. Lepidopterans primarily depend upon nectar or the energy they derived as a caterpillar. Moths may have combed feathery antennae while butterflies have straight long antennae with a bump at the end.

Most species of lepidopterans derive their food from nectar however some species of moth lack mouthparts and depend upon all the energy restored in their Larval stage examples of such are IO moth, Luna moth & others. All lepidopterans have one similarity that they depend upon autotrophs for food in their larval stage. Upon hatching the newly born larva will firstly consume the remaining egg shells after that they continue to munch of the fresh leaves of their host plant they will eventually mold once they grow too big for their own selves, a caterpillar may molt several times in it's lifetime. Upon entering the pupa stage, the larva will molt for one final time, in the case of a butterfly it is known as a chrysalis in the case of a moth is a cocoon. The butterfly caterpillar will suspend itself underneath (Or besides) the previous host plant's stem. Then the caterpillar will molt for the final time in it's life, this time the molting process is quite odd unlike other instars the caterpillar went through earlier in it's life. As it molts it's entire body including it's large bulbous head. A unique transformation is taking place within the chrysalis. Then the caterpillar undergoes a great ordeal where it releases an enzyme called caspases. which dissolves it's muscles, digestive system and smaller organs leaving behind respiratory system and a series of imaginary disks that will then form newer arts including the scales and the wings what allows them to do so are the genetic memory in each disk which turns into a cell. The imaginary disks were earlier stored within the caterpillar's body in the form of Harmons. About 5-7 days, the digestive system of the lepidopteran is ready, by 16-20 days the limbs, head and the thoracic region are all ready. then the adult within the pupa emerges out of the pupa to mate and reproduce and that's all they have to do in their lives that only last for 4-7 weeks. This process occurs in a breath-takingly short period of time compared to other natural changes such as a blossom turning into a fruit or a plant producing buds. Moths often build protection for their own selves by spinning a nice warm and cozy blanket of silk to provide them with warmth and protection overwinter. The adult within releases a corrosive neurotoxin, corroding a small portion of the cocoon large enough for the adult to emerge. It may take several days, weeks and in some cases moths for the caterpillar to surpass this stage of the lifecycle. A beautiful butterfly or a moth will emerge out of the pupa and takes several hours to pump blood into those delicate wings until it takes it's first flight.

Moth and butterfly caterpillars pose a heavy threat to agriculture due to their mass reproduction causing a great decrease in harvest also destroying the crops and making them vulnerable to plant infections that can cause a great loss however not all species cause agricultural damage as caterpillars are very certain about the plants they feed on, the lesser grass blue butterfly is said to greatly help farmers as their caterpillars feed on wild grasses and weeds. It is however not recommended using pesticides on crops as they can cause damage to the plant and affect it's growth while harming the helpful insect pollinators at the same time. It is instead recommended picking the caterpillars up using tweezers or tongs and putting them in a container once they all are managed with then release them into the wild.

Lepidopterans have delicate wings and colorful markings that make them an easy prey for birds and other animals hence they need to specialize as per their surroundings knowing the threat posed my their natural enemies some butterflies have vibrant coloration which warns their predators that they aren't meant to be consumed, several butterflies and their caterpillars have such colorations making other predatory creatures aware of their venom. This can be seen in several species but the vibrant colorations and venom aren't going to protect them against most predatory insects that are immune to poison. Hence some moths & butterflies posses extremely cunning techniques of survival, they have eye-spots on their wings, patterns that closely resemble large eye-like structures, these eye-spots are used to discourage or terrify their predators giving them a chance to escape in the meantime. Many moths & butterflies have cryptic colorations that resemble their surroundings this acts as a natural highly efficient camouflage against several predators.

Butterflies have played an uncommonly odd role in being used as a common metaphor which is unbelievably true each and every phrase symbolizes something which has a common relations with Lepidoptera and butterflies in this case of discussion there are many phrases where insects are used either as a simile or as metaphor.

most lepidopterans are highly specified about the plants they feed on, they highly prefer habitats rich in foliage such as meadows with a highly-rich availability of flowers. 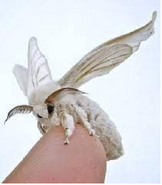 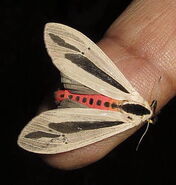 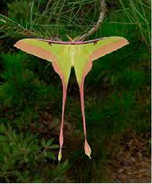